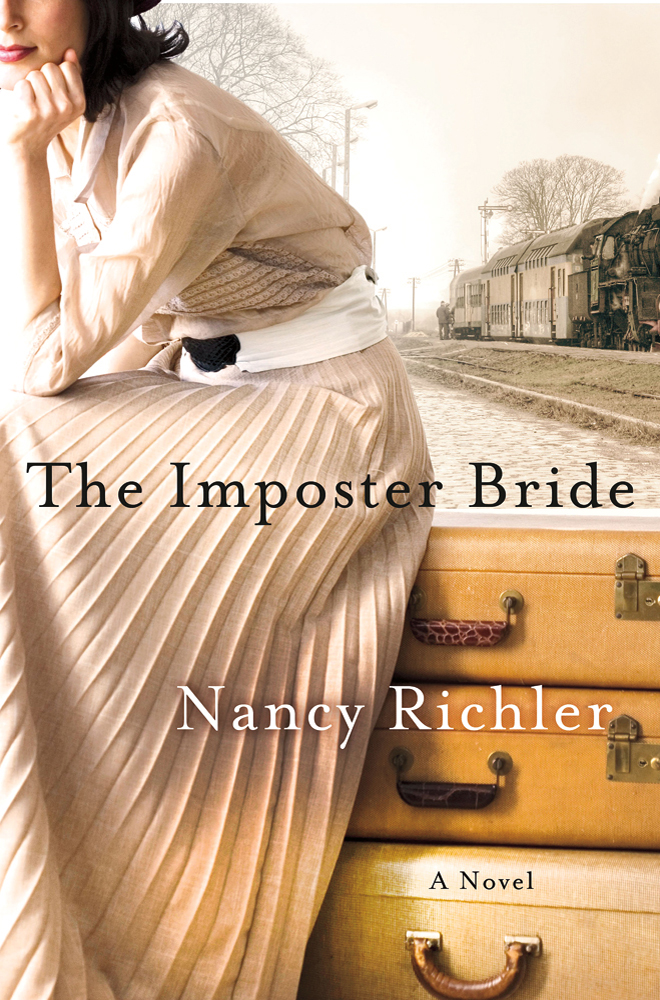 What happened after the "after"? It's a question I think we've all probably asked ourselves after reading some book that left you wondering or maybe even at a loss. In her new book "The Imposter Bride," Nancy Richler foregoes the bulk of the "before" in favor of the "after" of a Jewish family living in Montreal. A young woman by the name of Lily Azerov arrives there in Canada after fleeing Europe in the wake of WWII, where she has arranged to marry into the Kramer family. But like many, Lily is not who she was before the war, although this expression is more literal than metaphorical in her case. Years later, Lily's daughter Ruth tries to suss out the mystery of her mother and her mysterious disappearance when Ruth was a baby. Her efforts drag her through the muck of her family's rebuilding after WWII, their histories, fears, sins, and most desperate memories, but above all the love and commitment to each other that held them together despite adversity.

This was an interesting novel for me, in part because I found some of it quite frustrating. Richler paints vivid portraits of the characters involved, from old Yiddish women to dissatisfied young men in the up-and-coming world of business. But she moves from voice to voice, perspective to perspective, without any indication to the reader. It was unsettling, having to re-read every few paragraphs to put the perspective to the person. This became easier after a few chapters, after the challenge of not only reconciling multiple third-person perspectives with their appropriate characters but also identifying the first-person speaker as Ruth. While difficult at times, this did not unduly impede the unfolding of the story line.

That story line produced its own frustrations in me as well, though. I can't honestly tell you what kept it going, only that for some reason I kept reading. Perhaps I as a reader was just carried on the flow of events and the demystification of how the family members all fit together, before and after WWII, because I can't think of anything else that could be said to hold this novel together. Although the book is entitled "The Imposter Bride," and Lily Azerov's past and identity are what set this story in motion, its trail is really quite thready through the book, only briefly and tentatively following up on itself. While it's the initial hook to the story, don't expect much as far as closure goes. But despite this, the novel itself reads quite smoothly.

I'd recommend this novel to someone who's looking for something to sit back and ponder, perhaps as a sort of "down time" book for a long week of being snowbound or something to read between harrowing crime novels. It's a good contemplation-type of story.

To find out the "afters" of both the Azerov and Kramer families, and see how this book clings to consolidation with the same tenacity as those two families, look for "The Imposter Bride" at your neighborhood bookstore in February 2013.