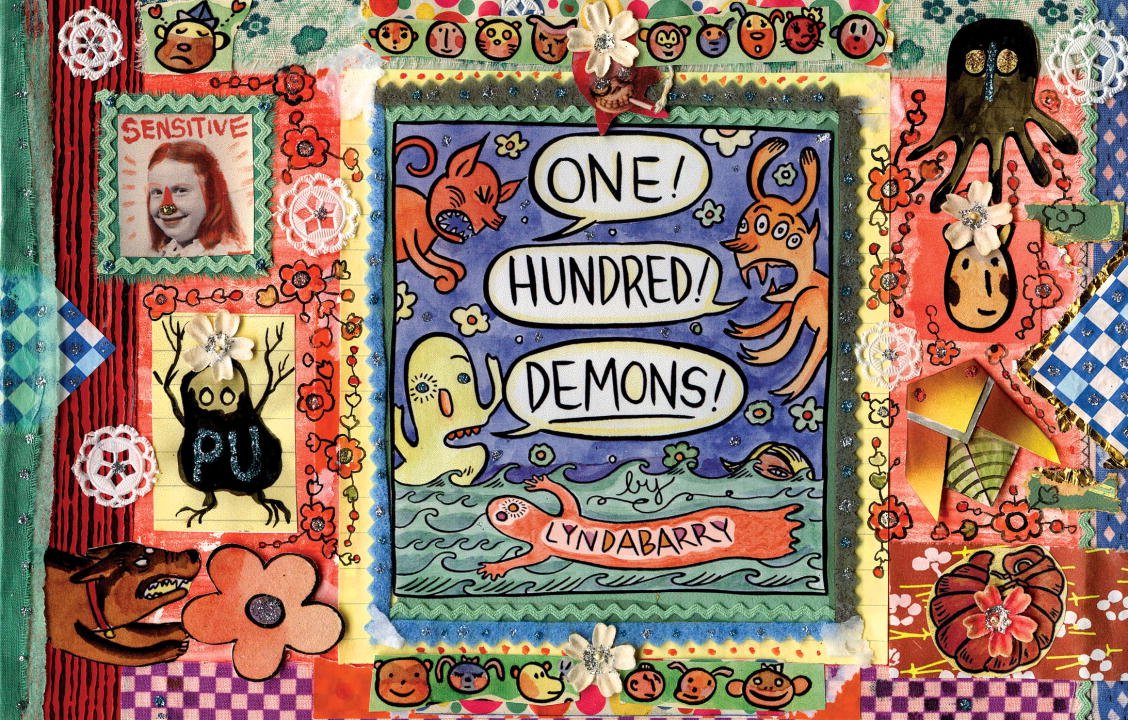 I've been greatly enjoying one class in particular this quarter, entitled "Comics Theory" taught by Eisner Award winner Dr. Susan Kirtley. Recently this class introduced me to artist and writer Lynda Barry, primarily through her work "One Hundred Demons."

I loved this book for a number of reasons, one of which was the origin of the premise. Barry herself explains this in the introduction, so I won't go into it here except to say that it's ingenious and beautiful. Finding inspiration for writing and art projects in other activities is one of the real gifts of begin and artist of any variety. Barry is possibly one of the most versatile writers around right now, and her work displays the myriad ways in which she tackles and attempts to make sense of her childhood experiences. They include questions of identity, race and ethnicity, innocence, coming of age and sexual abuse.

Barry's style particularly in "One Hundred Demons" appeals to me. Its visual aspects, the ways that the collages both tie in the style of her comics panels with bright colors and the way that it serves as almost the opening curtain of the next theatrical short, are at once beautiful and disturbing through how vivid they are. In black and white, or published as a novel, these panels and their stories wouldn't have nearly the same level of impact as they do now. Originally they were published on Salon.com, where the extra printing costs of doing everything in full color weren't an issue. Barry had to fight to have the same color present in the print collection that became "One Hundred Demons" and it's obvious that had she not, this work wouldn't have the impact that it does visually or emotionally.

Another part of this book that I adore is the way that the content is framed by an intro and outro directed at the reader directly from Barry (and her demons). It explains Barry's approach, what started her on the project, and then it invites the reader to try the same process that the author used. This invitation is something that I took seriously, and I've put down a few of my own demons since reading about hers. And like hers, they haven't been the ones I expected. Pick up a copy of Lynda Barry's "One Hundred Demons" at your favorite local independent bookstore and take inspiration from it! It's a beautiful piece of art both visual and literary.