I'm normally not drawn to given books just because they've been adapted to film. But when customers at my workplace started asking me about the Mortal Instruments series a couple of months ago, wanting to read it before they saw the movie, I figured I'd better do some research of my own. And while I initially feared that City of Bones would be just another generic teen romance, it was actually a fun and creative read.

Clary is so normal that she's bordering on boring, as is often the case at the beginning of books like these. Her father died before she was born and her mom is a talented but sometimes flighty artist. With her uncle Luke and her best friend Simon, Clary is pretty content with her life. But everything turns upside down the night she sees three people her age kill a blue-haired demon in a nightclub storage closet. The weird thing is, nobody else seems to have noticed it but her.

The next thing she knows, Clary is swept into the world of the Shadowhunters, to whom she has some unknown connection. Her mother goes missing, crocodile demons are attacking her in her own kitchen, and one of the Shadowhunters she saw at the club, Jace, keeps popping up wherever she goes. To try and find out who she is and what's happened to turn her normal life into such a wreck, she joins the Shadowhunters at their New York Institute and learns more about their purpose, tradition, and history. The upshot of their investigation is that Clary is somehow of Shadowhunter lineage, and that an evil Shadowhunter long thought dead is regaining his power.

Together with their Shadowhunter friends and a tagalong Simon, Clary and Jace face down Foresaken humans, various demons, vampires, werewolves, and even crash a party at the home of New York's most prestigious warlock. All the while feelings between Clary and Jace continue to grow, even as their situation becomes more and more dangerous. Because Valentine, the turncoat Shadowhunter, is looking for a relic that will allow him to raise a Shadowhunter army that will destroy all demons and ruin the fragile peace that exists between worlds. Clary is the only one who can find it first.

Buffy pretty much takes the cake as the quintessential teenage demon slayer, but Clary gives her a good run for her money. I feel like a big part of why City of Bones didn't feel stale or predictable even though it was another paranormal teen book is that the Shadowhunter back story is so meticulously thought out and presented with so much interesting detail. Clare has thought up a whole alternate existence for the Human Race, with flair and creativity. This would also encompass three other Shadowhunter novels set across the pond in London: Clockwork Angel, Clockwork Prince, and Clockwork Princess. Clare has put a considerable amount of time and effort into thinking about this world of Demons and Shadowhunters, how they interact and get along with humans in everyday life, why they haven't been discovered, and the Shadowhunters' role in all this. And that effort is what makes this book really shine in its genre.

As far as the romantic interest goes, you have the sexy, mysterious and hilariously cocky Jace vying (though he'd never admit it) against the sweet, open, determined Simon, whom Clary's known for almost her entire life. A pretty standard conflict, right? Except that - plot twist! - one of them turns out to supposedly be Clary's older brother! Sound familiar? 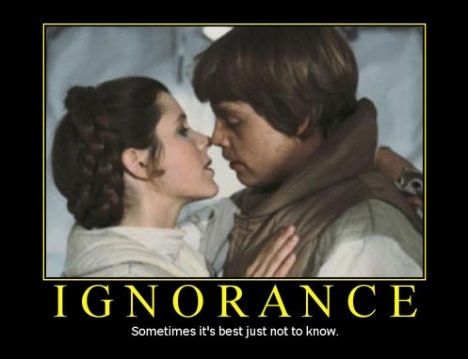 Despite the solid amount of action that appeared in a near-continuous stream, I sometimes felt like nothing was happening in the big picture of the story line. In retrospect though, I think a lot of that feeling was because of how the puzzle in the plot was laid out: All the pieces that Jace, Simon, Clary and the others uncover have to context at all, to the point that I as a reader didn't even know that some things would have any connection whatsoever to the main story line, like the vampire battle. It wasn't until the very end of the book, when Clary figures out where her mother's hidden the artifact (independent of any of the challenges they've just faced) that the other things they've discovered actually come to mean anything. I'm not sure if this was intentional or not on Clare's part, but as adrift as I sometimes felt in the narrative, I did find myself wanting to read more. I don't plan on seeing the upcoming City of Bones movie adaptation, but I may eventually read the rest of the Mortal Instruments books. (I cheated and took a look at their blurbs, and they all sound just as creative as the first book.)

If you like vivid story lines and characters, action, and paranormal adventure, and if you don't mind romantic tension without a lot of actual romance, pick up a copy of the first book in Cassandra Clare's Mortal Instruments series. City of Bones, along with a plethora of other Shadowhunter books, are available now at your neighborhood independent bookstore. The film adaptation of City of Bones was released in August.
Posted by Jenny Blenk at 9:15 PM